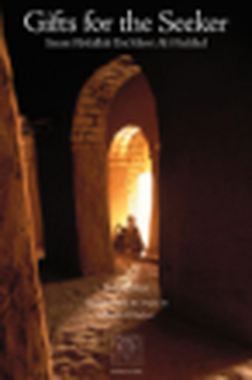 Gifts for the Seeker

This book answers many of the questions often asked by seekers of inward illumination. What are the real implications of the doctrine of divine unity? How can proper concentration be achieved during spiritual exercises? When should one avoid participating in Sufi gatherings? What is the relationship between the tongue, the mind, and the heart? How is one to understand visions received in sleep? The work also includes the author?s commentary on a poem on inner wayfaring which speaks of the most exalted stations of the path and goes on to explain a number of paradoxes of the Way, such as the reason as why the saints usually refuse to deploy their miraculous powers, preferring to concentrate on self-scrutiny and the compassionate guidance of others. These points are illustrated with references to the famous mystical poems of Ibn al-Farid and Abu Madyan.
The author (died 1720) lived at Tarim in the Hadramaut valley between Yemen and Oman, and is described as the ?renewer? of the twelfth Muslim century. His writings include a volume of mystical poetry and several books, some of which are especially popular in Swahili and Malay translations.