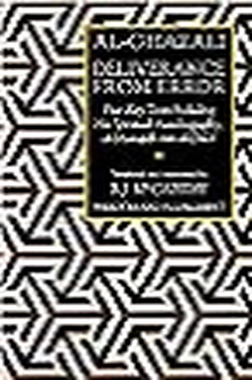 One of the most remarkable documents to have come down from classical Islamic civilization, this autobiography of the most influential thinker of medieval Islam (1058-1111) describes his education and his intellectual crisis, which left him so paralyzed by doubt that he was forced to resign the most distinguished academic appointment. His faith returned after years of wandering and seeking, during which he achieved direct knowledge of God in the form of the illuminative experience of the Sufis. Among his most outstanding contributions to Muslim intellectual life were masterly defenses of Islamic orthodoxy, mysticism, and law, against the attacks of those who advocated purely legalistic, or entirely esoteric, readings of the religion. He hence articulated the Islam of the middle way, in balance between the extremes of the letter and the spirit. As such, his works have become a manifesto for modern Muslims struggling against extremist and hence heterodox readings of the faith.
The volume also contains extensive translations from other key works of Ghazali. One is the Definitive Criterion (Faysal al-Tafriqa), which shows the generous, inclusive nature of Islam and the difficulties involved in excluding any individual from it. This is followed by a tract against the Ismaili sect, and writings on conforming the character to the divine, and on the 'Wonders of the Heart', an important Sufi tract about the nature and function of the soul.