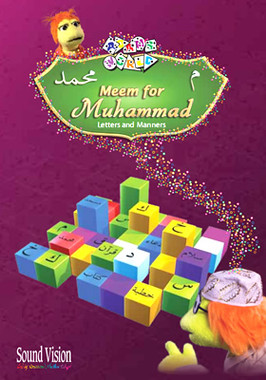 As the ever-inquisitive Adam asks his Chacha, "I wonder what the Prophet was like", Chacha sings three brief songs in praise of Prophet Muhammad, which will make your children truly appreciate the character and teachings of this Guide to Humanity.

In this action-packed episode, Adam puts on his Wonder Journalist hat exploring a Masjid and has a humorous encounter with Morris Muckster. Adam also transforms into a talk show host and invites Khala, an expert in Arabic letters, to teach his audience the differences in pronunciation of similar sounding Arabic alphabet.

Aneesah, being obsessed with saying Salam, internalizes the etiquette of greeting Salam as his loving elder brother explains. The episode ends with Adam bumping into Akhi on the street and discovering the meaning of Dua (supplication).

Introducing Nader Khan, a renowned classical Nashid artist for the first time as "Chacha". Other artists include, Malikah Mohammad and Radwan Al-Nachawati.